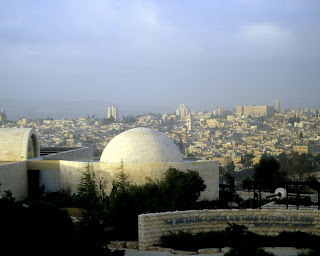 Hello, my name is Matthew Thomas. My little sister and I were recently accepted to go to the BYU Jerusalem Center for Near Eastern Studies during Winter Semester, 2008. When I found out, I realized I wanted other people to be able to benefit from this study abroad, and not just us. So I'll be keeping a regular blog during my time there. I'll let you at some pictures and hopefully we all get along :).
If we're lucky, we'll get to tell you about Jerusalem, Egypt, Galilee, Nazareth, Jericho, Sinai, and other areas. Check back on January 10th, assuming the conditions remain stable, we'll be flying into Tel Aviv airport then and I should have internet connection later in the day.

Until later then,
Matthew Thomas
Posted by mattu00 at 4:08 PM